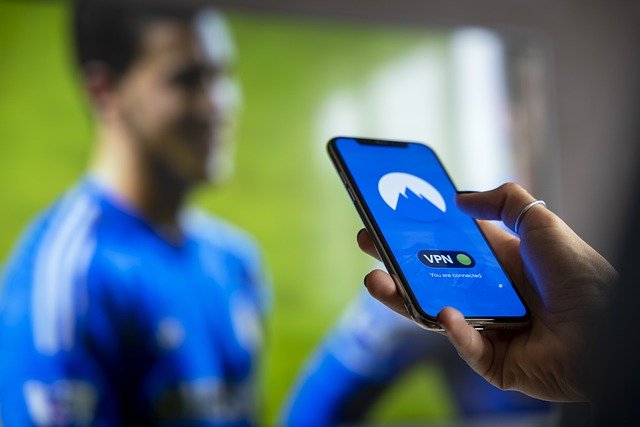 ATLANTA and PHOENIX and WASHINGTON, Dec. 10, 2021 (GLOBE NEWSWIRE) — The rise of the “Let’s Go Brandon” movement has sparked parades, chants, stores, cryptocurrencies, and now, domain names. VPN.com, expert domain brokers, listed LetsGoBrandon.com for sale. On October 2, 2021, Brandon Brown, the No. 68 Chevrolet Camaro in the NASCAR Xfinity Series, won a race in iconic fashion sparking what has become a global movement. 60 days later, VPN.com listed the premium three-word .com domain for sale in what will be the largest three-word .com domain transaction in history.

According to DNJournal.com, the highest reported three-word domain name ever sold was BoatsForSale.com at $396,769 USD in 2020. Historically, VPN.com has published domain deals for state governors, NCAA sports teams, musicians, politicians, and others with names like CIA.com. In 2020, a deal with GeorgiaRunoff.com was published by VPN.com, which represented the most expensive runoff in United States history.

“LetsGoBrandon.com is one of few domains with an extraordinary story and international attention behind it. A very spirited, cultural movement has driven the value of this domain to a level we rarely see with two and three-word domains. The domain has driven nearly 1,000 inquiries and that traffic continues to increase month-over-month,” commented Michael Gargiulo, CEO at VPN.com.

Although hundreds of thousands of fans have been saying “Let’s Go Brandon” for years, it recently became one of the strangest linguistic and cultural phenomena with this NBC Interview after Brandon Brown won the race at Talladega Superspeedway.

On November 8, a month after Brandon’s win, Gargiulo was seen in Phoenix, Arizona at the NASCAR Championship Series. He was seen with BrandonBilt Racing Team owner Alex Mascioli, Brandon Brown, and James Koutoulas, founder of Let’s Go Brandon Coin ($LGB).

$LGB is one of several recently released “meme coin” cryptocurrencies built on the Ethereum blockchain referring to the “Let’s Go Brandon” movement. According to CoinMarketCap.com, $LGB is the largest of the group, with a $340 million market cap. James was seen again this past weekend at Mar-a-Lago, an exclusive Palm Beach Trump Organization resort and winter home of Former President Trump.

“When asked about sharing time with Brandon and his team,” Gargiulo said, “I believe if he can keep focusing through the noise, win two races next season, and strike deals with other quality sponsors who don’t flake, Brandon will likely go on to be one of the best drivers in NASCAR. These stories are what I love about domain names, they take you all over the world to all industries where you meet successful visionaries like him and Alex.”

60 minutes before the National Anthem was played, a yellow plane was seen flying around the stadium and downtown Phoenix area that read “LetsGoBrandon.com.”

“Ensuring the domain is used to support our constitutional freedoms in a family-friendly way are the most important pieces to us. In the first week, we had offers above $250,000. Since then, we have received a wide range of offers from $500,000 to well into the seven figures, if we financed the name. We expect to close one of the top two offers we are negotiating in the next 7 days,” Gargiulo concluded.

10% of the proceeds from the transaction will go to the U.S. Military Gold Star families, specifically those families impacted by the deadly attack at Abbey Gate at Kabul International Airport in Kabul, Afghanistan.

More About VPN.com/Domains: Started from an idea in 2007, VPN.com has helped countless entrepreneurs, brands, celebrities, politicians of all parties, and investors protect themselves online. With an exclusive understanding of luxury exact-match domains and an end-user of a premium domain, VPN.com defines itself on the $1 million category-defining domain name it operates within the $100 billion VPN market, showing other visionaries what is possible. If you need expert domain name negotiators and brokerage assistance, VPN.com could be your domain broker today at: vpn.com/domains For customer, media, and interview inquiries, please email: [email protected] or visit: https://www.vpn.com/press

Read More: A California Democrat and Stacey Abrams supporter named Brian Kemp had been using his website, BrianKemp.com, to forward to StaceyAbrams.com.
https://patch.com/georgia/buckhead/state-lawmaker-buys-briankemp-com-california-democrat