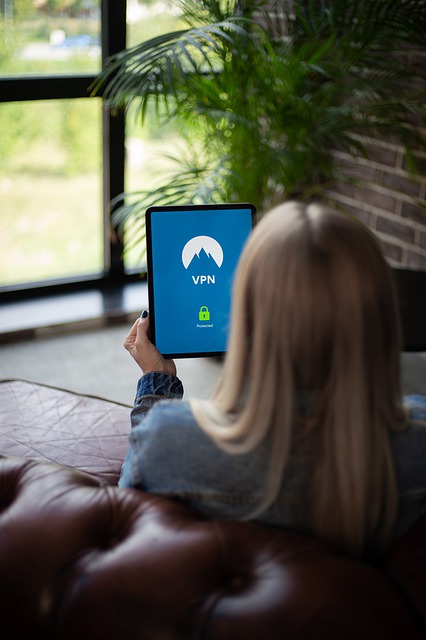 Since the coup of February 2021, Myanmar has been in the grip of a military junta. Citizens’ movement has been prescribed, freedom of speech is curtailed, and the press is censored. To further restrict the flow of information to and from the country, the regime is now set to ban VPN use. In this article, we’ll go over how the Myanmar VPN ban will likely work.

In short, the proposed VPN ban is looking like one of the toughest of its kind, even beating Chinese internet censorship, at least on paper. Also, because it looks like it will be enforced by police in the streets, it’s going to be a lot harder to circumvent than those of other countries where VPNs are illegal.

As things stand now, it looks like Myanmar citizens’ internet access is going to be restricted to a very serious degree, and anyone who flouts the rules will be severely punished. How did things end up this way, though?

The Military Coup and Its Aftermath

Myanmar — also known as Burma — has been mostly under military rule of one kind or another since its independence from Britain in 1948. In 2011 there was some hope, though, when the country began a transition to democracy. This resulted in elections in 2015, where the National League for Democracy turned out to be the winner.

Myanmar’s democracy ended in early 2021 in a military coup.

However, in 2021 any hopes of a democratic future were shattered when the Tatmadaw — the Myanmar military — once again took power on February 1, in a bloodless coup. The reason given for the coup was that the NLD and its charismatic leader, Aung San Suu Kyi, had won by too high a margin. The military’s proxy party, the USDP, won less than 10% of votes, which apparently wasn’t considered fair by the boys in green.

The coup went like most go: The NLD leadership was arrested — some eventually made it overseas and formed a government in exile, called the National Unity Government — and the whole apparatus of government was put to work for the military.

However, the people weren’t too fond of the military taking over and in the year since the coup, dissent has been growing. Some of it has been in the form of labor strikes, but plenty of people have taken arms against the Tatmadaw, ambushing army patrols and staging assassinations against figures in the government — The New York Times has more, though behind a paywall.

Freedom of Speech in Myanmar

As is normal with strongman regimes, the government has taken action against this dissent by cracking down even harder on people, and things are getting progressively bloody. Among the many victims are freedom of speech and press freedom, which were pretty much history as soon as the tanks started rolling on February 1, 2021.

Of course, in this day and age, to shut down the press you need to do a lot more than smash a few printing presses. Thanks to the internet, information can flow anywhere there’s WiFi, so the people of Myanmar could still find out what’s going in their own country and beyond from independent sources — not just government shills.

As has quickly become normal in the 21st century, the Tatmadaw moved against this threat by restricting the country’s internet. Like China, Iran, Russia, Belarus and a number of other autocratically ruled countries, people in Myanmar could no longer access the free and open web.

Instead, they got a censored version, where many social media sites — used by protesters to coordinate — were blocked; the communications ministry even started switching the internet off every night.

Of course, getting past restrictions like this is pretty easy thanks to virtual private networks. We explain in detail how they work in our article on what a VPN is, but, in short, a VPN service lets you reroute your internet connection.

When you use a VPN, you first connect to your ISP’s server, but then to one owned by the VPN before going to the site you want. This makes your IP address show up differently than your own — allowing you to appear to be somewhere you’re not — but it also handily lets you get around blocks like those put up by the Myanmar government.

As Myanmar’s military junta tightened its grip on the internet, the use of VPNs by the general public shot up. As in many other countries, the first thought went to banning VPNs — China, for example, has made their use illegal and fines people for using them.

In January 2022, the Myanmar regime proposed a new cybersecurity law that would go beyond fines and instead imprison VPN users. However, there’s one massive issue for anybody who wants to block VPN traffic: It’s surprisingly tricky to identify VPN traffic when looking at all the signals going in and out of a country.

That’s why, despite VPNs being illegal in many places all around the globe, it’s rare that people actually get caught using one. However, the military dictatorship seems to have found a way around this issue and is reported to have the police stop people on the street in large numbers to check whether they have a VPN installed on their phone. If one is found, they get arrested.

This makes Myanmar the first country in the world where we have confirmed reports that this kind of VPN hunt is going on. Your author has had reports that Russian and Turkish police were checking people’s phones for VPN software, but never had them independently confirmed. Apparently, though, the Myanmar regime is stopping people in the streets in large numbers.

As it stands, it seems that the Myanmar government has done what many thought impossible and actually implemented a ban on VPN use. The key, apparently, is to declare wholesale war on your country’s internet users. Whether or not it will actually help the Tatmadaw cling to power remains to be seen, though.

Whether it’s effective, the greatest madness is that you can be arrested for having a specific type of software installed on your device, an idea that only gets crazier the more you think about it. The worst part is, there’s a good chance this will put ideas in some other dictators’ heads.

What do you think about the Myanmar government’s VPN ban? Is it enforceable, or will it only further incense people? Is it creating a dangerous precedent? Let us know your thoughts in the comments below and, as always, thank you for reading.