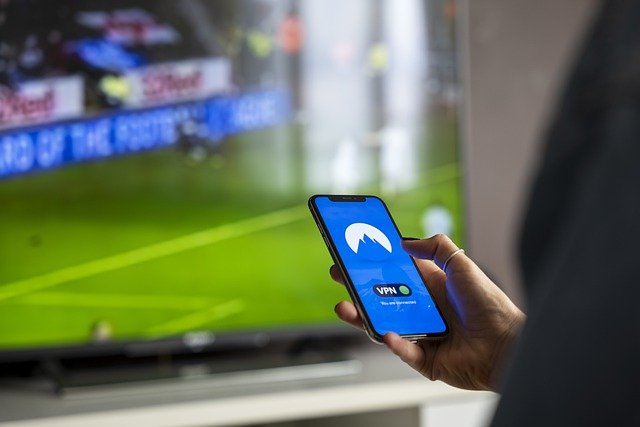 Decentralized VPNs or dVPNs are touted as the evolution of VPNs. Their strength is in their name: rather than offering the centralized setup of regular VPNs, you connect to the internet through nodes run by fellow users scattered all over the world. All this sounds interesting, but why would you use one, and how do you get started?

What Is a Decentralized VPN, and Why Would You Use One?

There are a few reasons why you’d use a decentralized VPN over a regular one. Some are more practical, while others are more high-minded. One way in which dVPNs are idealistic is the idea that you’ll no longer be paying money to a company, but instead to fellow users; in fact, thanks to the way dVPNs are set up, you could even make a few bucks yourself.

You could potentially use the dVPN platform for free as you could balance incoming payments with outgoing ones. It’s pretty easy to do as, unlike with regular VPNs, dVPNs let you pay as you go. As rates are pretty low right now in September 2022, this means that even for paying customers dVPNs should work out a bit cheaper, except for people that run their VPN all the time.

Another big advantage to dVPNs is that they’re transparent. As we explain in our article on no-log VPNs, regular VPNs are a black box, and you have no idea of what’s happening inside. You’re taking their claims of privacy at face value—or at least trusting third-party auditors. With dVPNs, though, the process is a lot more open and you can check things for yourself rather than take anybody’s word.

Which Decentralized VPNs Are Available?

Now that we have an idea of why you’d want to use a dVPN, let’s take a look at how to get started. You have several working dVPNs to choose from: at time of writing, you could use Orchid, Deeper Network, or Mysterium.

All of them have their pros and cons, some of which are simply due to the technology involved being so new. Expect odd glitches in apps, or some issues with starting clients up; right now, it seems to be par for the course. Let’s have a brief rundown of each service so you have an idea of what to expect.

Mysterium is probably the best dVPN to start with, especially if you’re not that big into crypto or setting up your VPN. To use it, all you need to do is download and install the client, buy some of the platform’s MYST coin, and you’re pretty much good to go. It handles just like most regular VPNs do, just click and connect.

Mysterium is available for Windows, MacOS, Linux and Android.

Orchid isn’t quite as easy to get started with as Mysterium is: while setting up the client and buying its OXT coin is just as easy, actually connecting to nodes is a lot more tricky. To do so, you need to study up either on how Orchid’s protocols work, or have an OpenVPN account and use that. It’s a bit daunting for first-timers.

Orchid is available for MacOS, iOS, and Android.

Our third entry is Deeper Network, which takes a very interesting tack. Rather than offering a client you can install on your device of choice, this dVPN has you buy a small device outright to access its network. The upside is that, after this initial purchase of $250 to $350, you never need to pay anything again. The device itself is your gateway to the network and will allow you to earn crypto.

How to Use a Decentralized VPN

Of the three options above, the Mysterium is the easiest to get started with, so let’s show you how it works. First, go to the Mysterium website and download your client of choice. Install it like you would any other program and run it. It will initialize and then, like most programs these days, go over all the reasons you should use it.

Once that’s all done, you’ll be on Mysterium’s payments screen, where you can buy MYST, the cryptocurrency associated with the platform. There’s no way around this, without MYST you can’t use it.

The nice thing here is that Mysterium is its own exchange, so you can buy directly from them. You can pay by card, PayPal, or another cryptocurrency. Currently, $2 will buy you about 3.5 MYST. Most dVPNs, Mysterium included, utilize a pay-as-you-go model, so you only pay for the bandwidth you use. What your current purchase buys you in terms of time online is displayed on the right.

To put that into perspective, when we used Mysterium for Netflix, watching three full-length movies and doing some other sundry online activities cost us roughly 0.4 MYST. We’re tempted to say it’s a pretty good deal overall. If you torrent a lot, though, you may want to use a regular VPN.

With payment out of the way, you’ll come to the main screen of Mysterium’s client. It’s not all that different from the interface offered by most regular VPNs. The main thing to remember is that you’re not dealing with servers. Instead, you’re dealing with nodes. Go to the overview of nodes, and you’ll see a list that’s kind of familiar if you’re used to more traditional VPN clients, grouping all the nodes per country.

Unlike regular VPNs, Mysterium doesn’t show you specific locations or even IP addresses, just node addresses. This is tricky if you need a certain location in the country, and we hope it gets fixed soon.

One thing that is important, though, is to note the “R” next to some entries. This means it’s a residential proxy, a node offered by a fellow user. These are generally more expensive to use than the one Mysterium itself has secured but are better for streaming.

This brings us to another thing you may want to remember, namely that prices can differ between nodes. Thankfully, this is clearly indicated for each entry.

Once you’ve found a node you like, connecting is as easy as hitting the connection button. Connection times are generally a little longer than with regular VPNs, and speeds are usually not great either; expect much bigger hits than you take with a regular VPN.

If you’re worried about how much you’re spending, Mysterium tracks your total remaining MYST at the top of the screen and the MYST you’ve spent on this session on the left. Other than that, though, it’s not that different from a regular VPN. If you’re interested in a new take on VPNs, give Mysterium a whirl.

Be sure to keep an eye on how much you’re spending, though—unlike traditional VPNs, which have more of an “all you can eat” model for a single monthly fee, a dVPN like Mysterium is pay-as-you-go.